How can Exercise Physiology help you?

Most people know what a physio does, and why you go and see a physio. Most people also know what a strength and conditioning coach does. However at Precision Athletica we recognise there’s a huge gap between the two. That’s where an Exercise Physiologist comes in.

A Precision Exercise Physiologist focuses on the control tier of our Physical Performance Pyramid. At this tier, we look at correcting biomechanical, movement pattern and stability faults, bridging the gap between mobility (physiotherapy) and performance (strength and conditioning).

How our Exercise Physiologists do it

This is a full body screen, developed by the leaders in movement science in the US. We use the FMS to assess the second tier – the control tier – of the Physical performance pyramid. Your FMS result will give a complete picture of your whole body movement. From here, we identify what areas of limitation need to be addressed, and create a plan tailored to your individual results. From the research, we know that a score equal to or below 14 (out of 21) indicates your risk of a non-contact injury is 3 times that of someone with a score above 14.

The YBT tests an individual’s risk of injury, and their ability to demonstrate functional symmetry and stability. It can be used to test either the lower or upper limbs. During both versions, an athlete is required to demonstrate multidirectional balance and control, exposing any weaknesses which may be predisposing the athlete to injury.

This is a battery of hop tests, backed by research, used as a tool to determine safe return to sport. These hop tests assess an athlete’s capacity to demonstrate single leg stability (during landing), following an explosive movement or series of movements (the Single, Triple, and/ or Triple Crossover Hops). The athlete is aiming to achieve both good hop lengths, as well as a high degree of symmetry between sides (i.e. < 5% difference). Hop & Stop is a protocol designed to measure, and distinguish between, force production (via a hop – accelerating) and force absorption (via a leap – decelerating). Like FHT, this testing assesses an athlete’s capacity to demonstrate symmetry, this time in comparing hopping (hopping from one foot, and landing on the same foot) with leaping (hopping from one foot, and landing on the other). An athlete’s ability to decelerate is strongly associated with their performance, and is essential for effective movement control in all land sports. 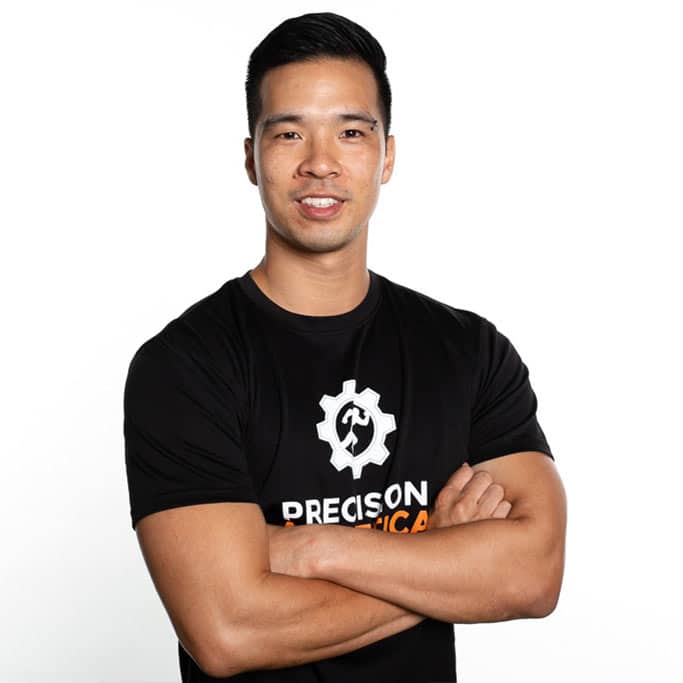 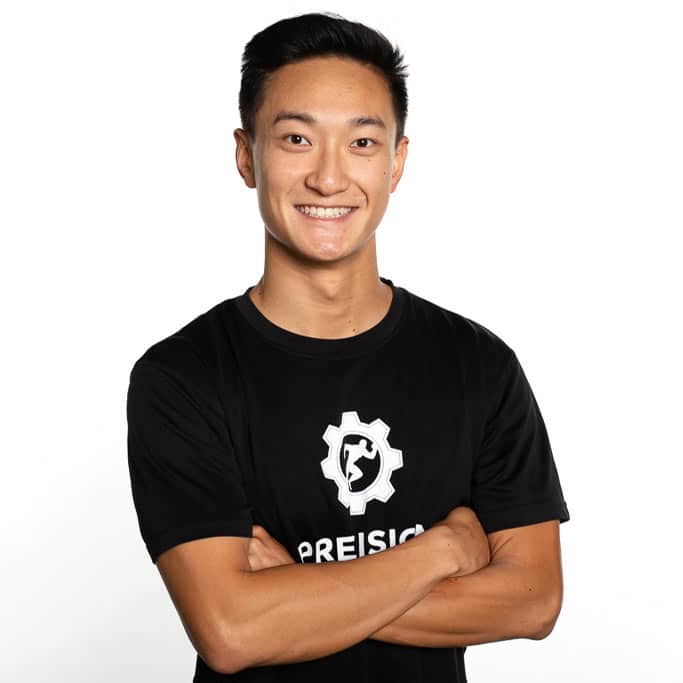 To find out more about working with any of Precision Athletica’s highly regarded Exercise Physiologists, please call the centre on 02 9764 5787.

Online Bookings – should you wish to book online, please click on either of the staff profile photos above to be directed to their individual bio page with online booking link.